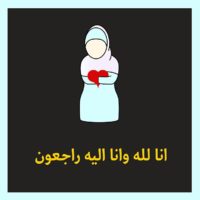 “Ahmad, is it true?!” That’s what I woke up to on Wednesday August 14th 2013. A chill ran through my spine that has yet to go away. I asked my friend what he meant, but I honestly didn’t have to. While I was waiting for him to answer, I went to Habiba’s Facebook page and saw exactly what I feared. Habiba was killed in Egypt.

I didn’t believe it. My mind literally refused to believe it. Even as I saw her wall being bombarded with condolences, I still couldn’t believe it. They probably shot someone else, or maybe they shot her, but she’s still alive. There is no way she could be dead just like that.

I didn’t want to, but I knew I had to call her family. I called one of her sisters, but her phone was off. My heart skipped a beat. I then called her other sister and she picked up on the third ring (between each ring seemed like an eternity). I didn’t have to say anything. From the tone of her voice I knew it was true. I offered my condolences, then she passed the phone to her crying mother. Only then did it start to sink in that I’ll never see her in this world again.

Before she went to Egypt she trusted me enough to give me a copy of her will, and a personal letter to me, which she specifically instructed me not to read unless she passes away. I never thought I would have to read it.

Before she left, I tried convincing her not to go, but she insisted. She said that this was the only time she could go to Egypt for the next year and a half, because she was changing jobs soon, and it was something that she had to do.

She always told me she thought she would die young. She told me once that she would “welcome death like an old friend”. How can I be upset for her doing something that she wanted? She lived and died for what she believes in. She always had the purest intentions. She died as a hero.